In this film, the script called for Steve Rogers to pursue a German Spy driving a car through the streets of Brooklyn as Steve gives chase by foot. The man eventually works his way to the waterfront and escapes in a small one-man submarine, where Rogers dives-in, swims to him, forces open the canopy and wrenches the man to the surface. I had not shot a sequence where a swimmer chases down a submarine before so, I was excited to researching my options. The proposed set was a small tank inside a stage at Pinewood Studios outside London. The tank was 60 feet long by 20 feet deep and the sub was 20 feet long and stationary within the black tank. Our perception of movement would need to come from moving the camera and creating underwater current that would affect debris and bubbles… not the submarine. We ended up getting a Hydroscope from Chapman, which is a heavy duty submersible crane that can be operated from the deck next to the tank, along with a Hydro Head submersible remote head. We needed a camera that we could house in an underwater housing and our Genesis cameras we were using to shoot the body of the show ran too hot to perform well in a housing that goes to that depth. We ended up securing a brand-new Alexa (the only one in Europe that Bob Richardson wasn’t using on Hugo) and I called Pete Romano at Hydroflex and asked if he could quickly manufacture a Remote AquaCam compatible with our submersible remote head, which he began making right away. Typically speaking, these types of housings arrive a few days before shooting so that we can test the fit and check for water-tightness. In this case, the shooting date was looming closer and Pete had yet to deliver the housing from Hydroflex in LA to Pinewood Studios in London. He told me he had to make the housing from scratch, as this was the first Alexa that he was aware of that would be going into a Remote AquaCam. Pete always seems to come through and the housing arrived the day before shooting. In fact, when they opened the box during our early pre-call to test the housing the smell of fresh paint permeated the prep room and made us dizzy from the fumes. The camera, housing and underwater crane worked great and crane operator Gary Hymns deserves an award (and trip to the chiropractor) for doing expert crane moves with submerged principle actors, all while fighting water resistance and working blind to the camera’s proximity to the set-piece. Amazing job by all involved. 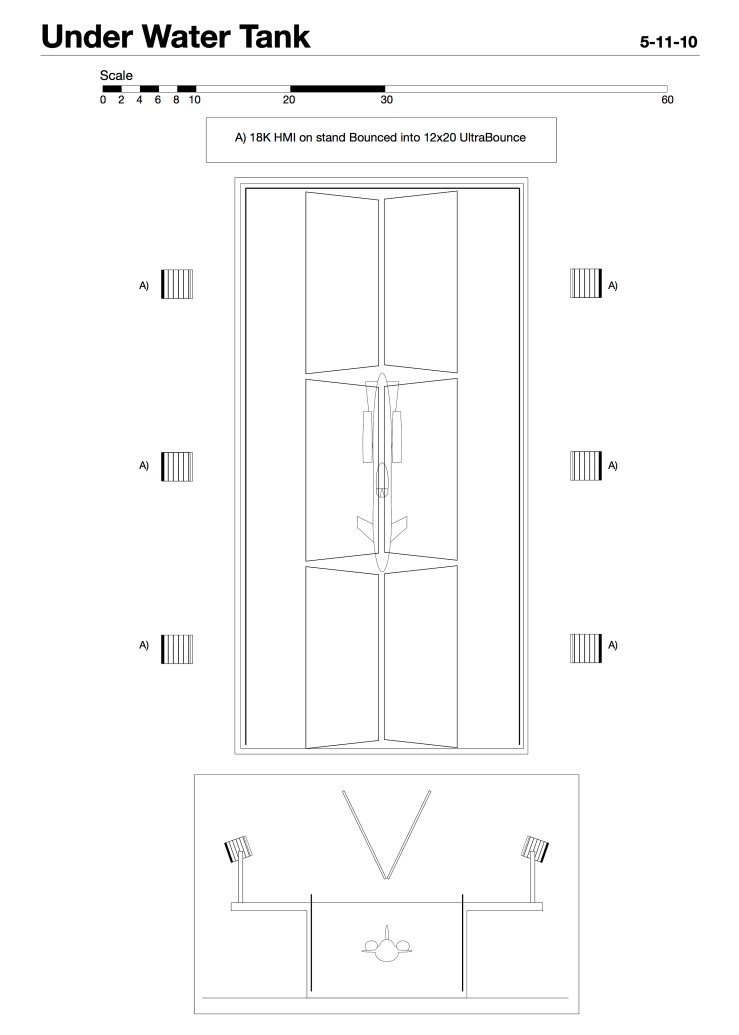 Below is a clip of the sequence and submarine pursuit that occurs near the end of the clip.

There was an error retrieving images from Instagram. An attempt will be remade in a few minutes.