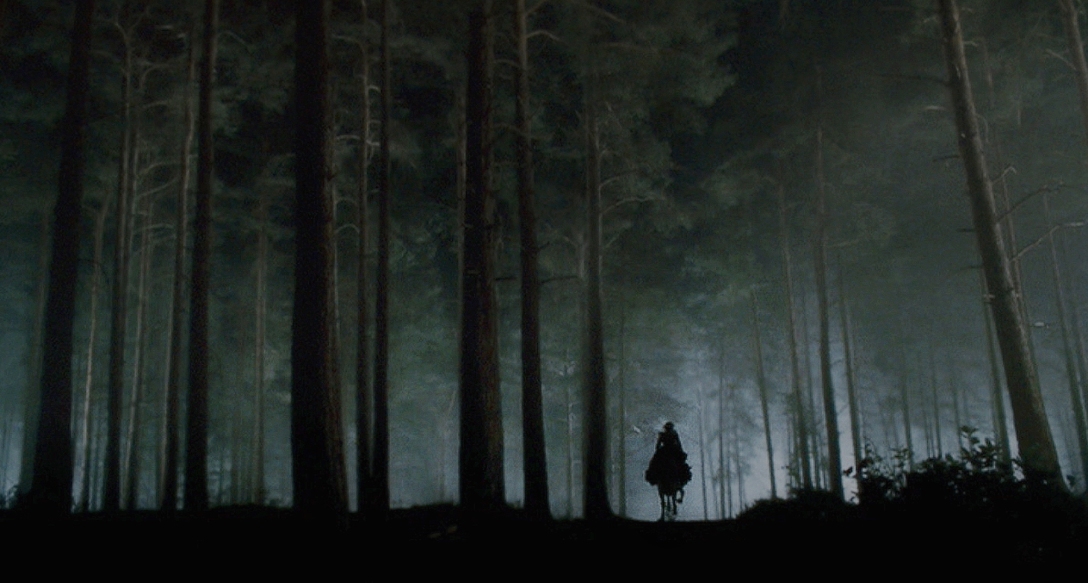 In thinking about the night photography in the woods, I wanted this location to feel somewhat otherworldly. I didn’t want to feel slave to the moon being up there, but rather thought about what a haunted moon might make a forest feel like rather than look like… if that makes sense. I just felt that if we hung a moon up there that it would look too familiar and too traditional and, in a way, too safe a choice. I spent many of my weekends at the night locations so I could familiarize myself to them and search for opportunities… and really let the location tell me how it wanted to be lit and study how it would take light well. One of my Sunday excursions lead me to Bourne Wood. Joe Johnston would often come with me for at least part of my Sundays, but this day I was by myself. Joe was spending time with the editor and suggested I go alone and present him some stills on Monday. As I was walking through Bourne Wood, I came across an interesting area that fell away down a slope and the trees sloped down and if I situated myself on top of the high grade, I had this amazing perspective of the trees as they grew from the low-ground upstage with our forest floor in the foreground. Because the tree’s high foliage and vertical height were so pronounced, I thought about lighting the forest from below and creating this unusual low key that under-lit the trees and gave us limitless height since we wouldn’t need to worry about crane mounted backlights that usually determine your top frame line all too quickly. I chose angles that favored this technique and pitched the idea to Joe who was interested in seeing it through. Upon shooting the scene, it felt very theatrical and many of the producers were objecting to the lighting because it was not coming from above. This was worrying since, as you can see from the lighting diagram below, I was completely committed to this low source. I was silently asking myself; “Wow, how am I going to get myself out of this?” Without being argumentative, my contention was that in context, this would work and have the appropriate tone that would allow the audience to become immersed in an evocative and haunting environment… much the same words I used to sell the idea to the Director. At that moment, Joe turned from the video assist monitors and said to me, in front of the producers; “Don’t change anything.” Then turned to them and said; “Shelly’s not changing anything, this looks the way I want it.” I was astounded at the strong stand Joe took and thankful as I believed in this lighting. It reminded me that if a cinematographer has an unusual idea, he needs to champion it through every step of the process. To me, it’s interesting how a thematic idea can feel so right in conversation, yet in application on-set, can feel like the scene is being overworked. I think the key is to not look at a lighting effect like this one, on a scene level… but rather this scene’s contribution to the film as a whole. Then these types of unorthodox plans start to make sense and the cinematographer can create a world in which only that story can exist. 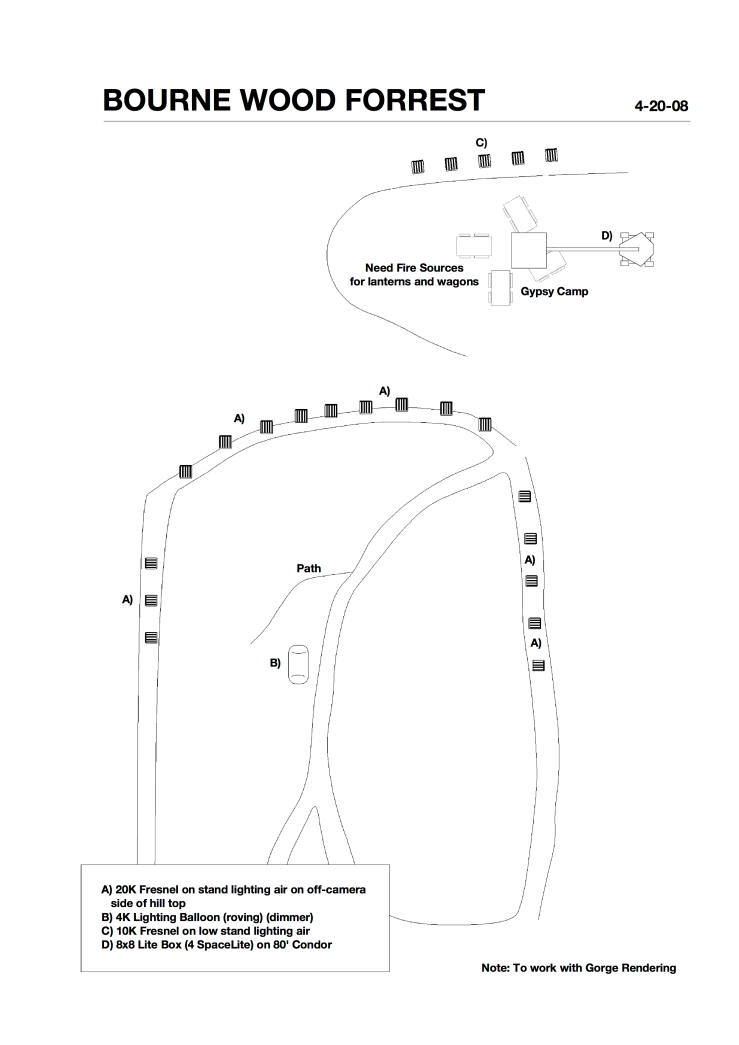