I wanted to post some pictures from our makeup and hair test in The Wolfman. Because I had so little prep, these tests served as a manner to get a lot of the methodology down in terms of general look and feel of the film, as well as roughing in our film color grader to our look and density preferences. These are stills that I shot at the test then color corrected for the color grader as a point of discussion between us later that night. In these cases, I can walk them through the exact moves I make in Photoshop, then they can translate that to a working method on their equipment. Even though almost none of the techniques used in Photoshop are directly make-able in color grading, it helps them to know the image construction and basic recipe of the look. 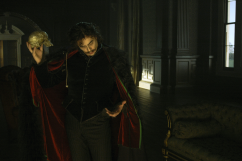 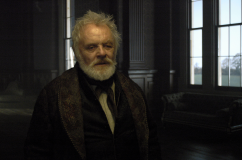 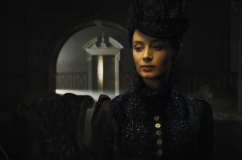 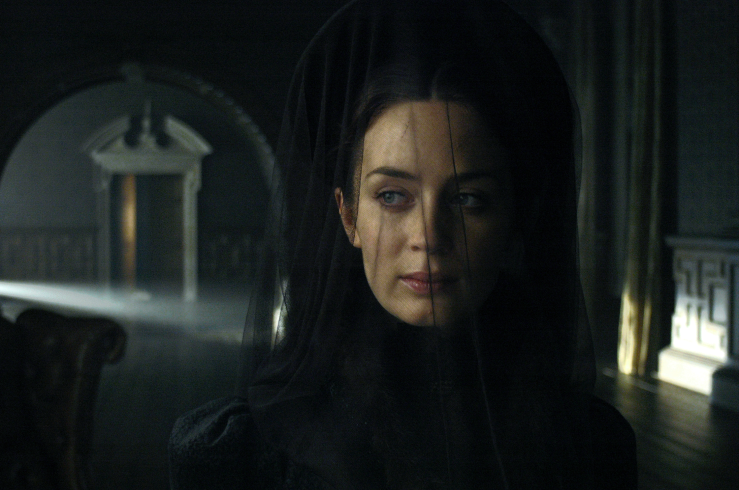 These make up and wardrobe test stills were shot in the unfinished Talbot Hall set designed by Rick Heinrichs. The previous post showed Benicio in a wardrobe choice for a small scene where he plays Hamlet on the London stage. I’ll find a frame grab from that scene later, and you’ll see they ultimately made a different wardrobe choice. This is Emily Blunt in a proposed look for a funeral scene for her fiancée, Lawrence Talbot’s brother. I don’t think you can ever go wrong with black net over a woman’s face. Emily is an extremely nice person, very easy to work with and works in any sort of light really. In fact, she’s one of those actresses where, if you just get light close to her, she will manage to light herself from within. My job was quite easy when she was around. These are the final make up and wardrobe test stills that I shot. Anthony Hopkins in a proposed look for around the house (or mansion in this case). Interestingly, because of my shortened prep, I went aggressive with the different looks on this test. The reason being that we were only a few days before production and I needed to get some viable feedback from Director, Joe Johnston and anyone else who wanted to chime-in on what I was proposing for the look of The Wolfman. Joe and the actors were on board but a few of the producers had questions about density and the old “too dark” issue we cinematographers seem to run into from time to time. These tests helped me navigate those waters and gave me a great idea as to where I stood with the different personalities involved with the production. 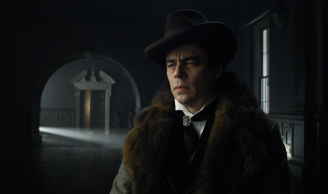 2 thoughts on “The Wolfman – Make Up, Hair and Wardrobe Tests”